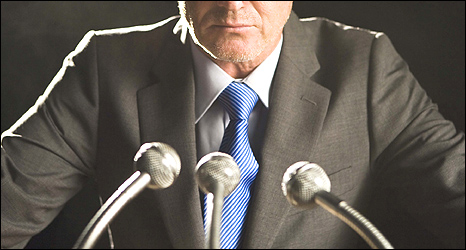 I give about 150 speeches a year, in front of audiences ranging from 30 people to over 3,000. The Business Insider article “12 Things You Should Do In The 15 Minutes Before A Big Presentation” is actually pretty great! But I have six more things to add.

That’s it: break a leg, knock them dead, and have fun! 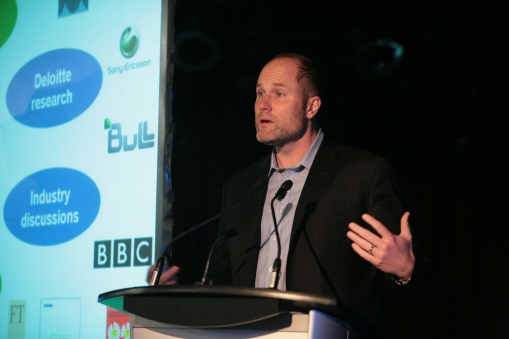 It all depends on how you look at it.

According to this study, 90.9% of those who own the iPhone 6 or 6+ in the US have never tried Apple Pay, and 95.4% did not use Apple Pay on Black Friday shopping. Fewer than one in 24 of those who have the latest iPhones used what is supposed to be its “killer feature”: fingerprint enabled in-store contactless payments with NFC technology. That seems disappointing, when I put it that way.

On the other hand, of those who have used Apple Pay at least once, more than half used it to buy something on Black Friday. That seems to be a very successful feature, when I put it that way.

It is far too early to tell. Not everyone knows how to use Apple Pay on their phones, and the 225,000 stores that accept it represent only about 5% of all Point of Sale terminals in the USA. (When asked, 31% said the reason they didn’t use Apple Pay was that they didn’t know if the store accepted it!) 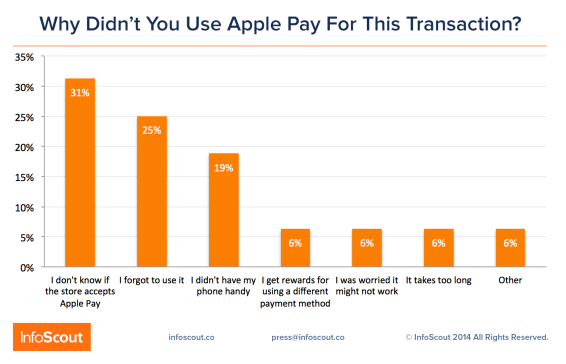 But that half of users are continuing to use the technology is interesting. Most new smart phone features are used once or twice, then never again. The key to the success of mobile in-store contactless payments will come from regular users, not those who try it once.

Sorry for the US focus. But at this time Apple Pay is only available for Americans with iPhone 6 or 6+. The service is expected to come to the UK, Australia and Canada over the course of 2015. And those are only the countries I know about!

TV viewing by young people is in free fall 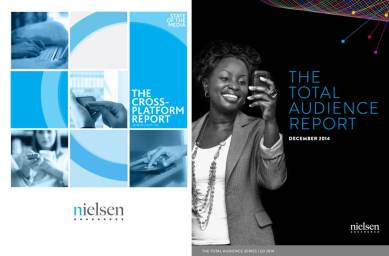 The newest Nielsen report on American media habits is out, and the news is terrible for traditional broadcast television.

Don’t get me wrong, the headlines about “The Death of TV” and so on are nonsense.  Americans 18 or older continue to watch over 36 hours of live and time shifted traditional TV per week: that’s down less than 12 minutes per day from two year ago. The number of homes with any of over the air broadcast TV, cable TV,  telco TV or satellite TV fell from 113.4 million in 2013 to 112.8 million in 2014, or a loss of only 600k households. Out of the 246 million Americans  who have both internet and TV, only 4.6 million (or 1.9%) watch no TV at all.

Any other traditional medium that captured five hours per day (!) of media consumption, saw household share fall only 0.5%, and have a media “reach” of 98.1% of all people would be in transports of ecstasy. So why would the Nielsen Total Audience Report for Q3 2014 (pictured above, with the 2011 report cover to its left) cause TV executives to freak out?

As I’ve written on this blog before, although overall TV viewing is generally flat, younger audiences are abandoning traditional TV at an accelerating rate. TV needs those younger viewers: they are an important market to advertisers today, and when they get older they will form the core of subscription revenues too. Or not, if you look at the Nielsen numbers.

As the chart above shows, the TV viewing (live and time shifted) for all Americans over the age of two is down a bit in the last three years: about 5%. But for those 18-24, the 36 month decline is 25%: traditional TV viewing is down by a quarter for that audience. I have been following media trends for a long time. 25% declines are something you normally see over decades, not over three year intervals.

Worse than the magnitude of the decline is the fact that the rate of decline is accelerating: for the two year period ending in Q4 2013 (last December) the decline was 11%. We’ve gone from down 11% to  down 25% in nine months. LOOK OUT BELOW!

I haven’t written about this lately, but Nielsen breaks the 246 million people who have both internet and TV into quintiles: five equal groups of 48.2 million Americans, ranked by how much TV they watch. As in past years, most of the quintiles watch a lot of TV. But the bottom grouping that watched 36 minutes per day of TV a year ago, now watches 18 minutes a day.

They have decreased their traditional TV minutes by half in a little over a year. That decline has accelerated from previous periods, but that’s not the bad news. Some of these light TV watchers are almost certainly the 18-24 year olds who are taking down the averages for that demographic. But that’s not all of them. And the rest tend to be more employed, higher income, better educated and with more discretionary spending.

From a subscription TV business model that’s fine. Wealthier Americans are likely to keep paying for cable they don’t watch that much because it doesn’t cost much as a percentage of their income, even at $100 per month. But for the advertising portion of the TV revenue pie, losing wealthier Americans AS WELL AS the younger demographic? 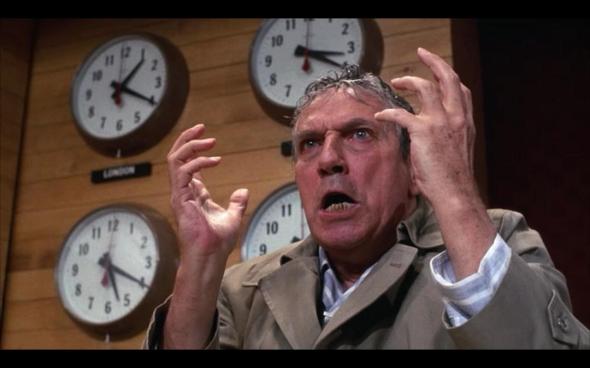